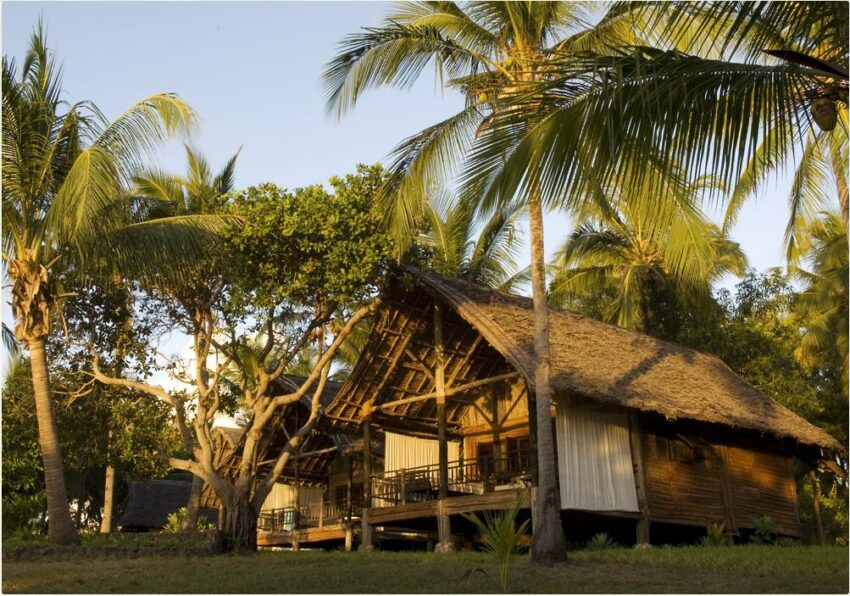 The name “Mafia” has nothing to do with the mafia. It probably comes from Swahili ‘mahali pa afya’ with the meaning ‘healthy place to stay’ which contradicts all interference of the other kind.

Mafia Island is one of Tanzania’s lesser known islands. Still, it’s a treasure. It actually consists of an archipelago. Diving and snorkeling take place in the protected lagoon between the islands and in the tidal channels towards the open sea. The reefs show great diversity and offer wonderful scenery. It takes a lot of effort to get there. But it is well worth the effort. The southern part of the island as well as Chole Bay became a marine protected area in 1995 mainly as a result of the efforts of volunteer volunteer divers.

Despite its name, the diving paradise Mafia is a friendly and relaxed place with about 40,000 inhabitants. With an area of ​​394 km2, Mafia is the largest island in a small archipelago and is probably the closest you get to the idea of ​​a tropical paradise in the Indian Ocean. The island is part of the Tanzanian Spice Islands which includes some smaller islands around the coast of the main island. The Mafia Island’s population is mainly engaged in agriculture, fishing and tourism, and the only urban area is the district’s administrative capital Kilindoni with about 10,000 inhabitants. This is truly a paradise for those looking for new untouched places ..

These beautiful giants are located just a few hundred meters out to sea near Kilindoni Harbor. A short boat ride west leads to a gathering place where whale sharks eat. Up to 24 can be seen at one and the same time. The larger whale sharks are estimated to be over 8 m long so that they are an impressive sight next to the boat, and absolutely fantastic underwater. The boat moves slowly among them and visitors can snorkel to get a closer underwater contact with these friendly animals. This is a “must” at Mafia.

Kilindoni is the central town and the most populous community in the Mafia. The harbor is lively and a good place to see how coastal trade with dhow boats works as almost all trade and exports are still handled by these vessels. The fish and vegetable market is also a highlight.

Take a private picnic excursion. Take a boat out for snorkeling, a safari around the bay, a full day trip to another part of the Mafia or simply for a dip and sunbathing on your own on one of the fantastic secluded beaches or small islands. There are many interesting places to see at Mafia, the standard of the roads makes these tours “experience rich” for those who have not been “initiated” by African roads. On these excursions you will see life in the village as it has always been, with minimal influence from modern life in the west.

Mafia is located southeast of Dar es Salaam out in the Indian Ocean.

The climate shifts from the tropical monsoon climate of the coast and islands to the dry and warm hinterland. In most places the rainy season falls between December and May, but in some areas there are two shorter rainy seasons, October to November and April to May.

Yes. Visas are required for Nordic citizens. Visas can be applied for at the border and cost about USD 50.

Swahili (Kiswahili) and English are official languages. English is used in higher education and the judiciary, Arabic is spoken in Zanzibar and Pemba, in addition to a large number of local languages.

Mandatory – The yellow fever vaccination is required if you arrive from certain countries in Africa or South America. Travelers to Zanzibar may be required to provide a certificate of vaccination.

Kinasi Lodge is a special place that reflects our dream of creating a wonderful retreat where you can enjoy Africa’s best marine park. Kinasi’s style and design is a bit of an eccentric “tropical island”, a bit eclectic and definitely individualistic with influences from the Swahili coast, African crafts, Morocco and Italy. The atmosphere is international, informal and homely.

The rooms’ design, furnishings and finishes are a mixture of Tanzanian, African, Indian and Arabic culture and are summarized better known as the “Shirazi” style, which is unique to Kinasi. All cabins have their own bathroom, solar panels for hot water, desk, comfortable chaise lounges to relax in, deck chairs, tables and ceiling fans for cooling off.
Simple, tasteful and convenient! 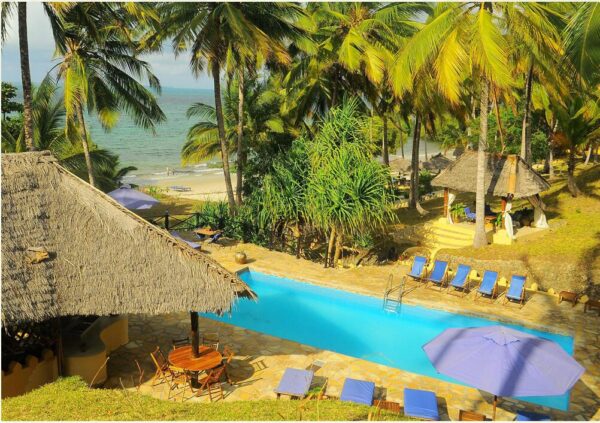 Stay in a tree house!

Chole Mjini was never intended as a hotel and neither is it. It’s a fantasy of being stranded far beyond civilization, a jungle island retreat that attracts a special type of people, who appreciate returning to the “simple” luxury that awakens the senses rather than offering predictable room service and air conditioning.

With only seven tree huts, carefully placed and decorated, privacy, peace and quiet are guaranteed. Open to the shifts of nature, you reach every straw hut along sandy paths that run through the untouched vegetation. All tree huts have a view of the sea, some are so close that you are rocked to sleep by the waves that flow between the mangrove roots. Most tree huts have a second floor to accommodate the children as well. 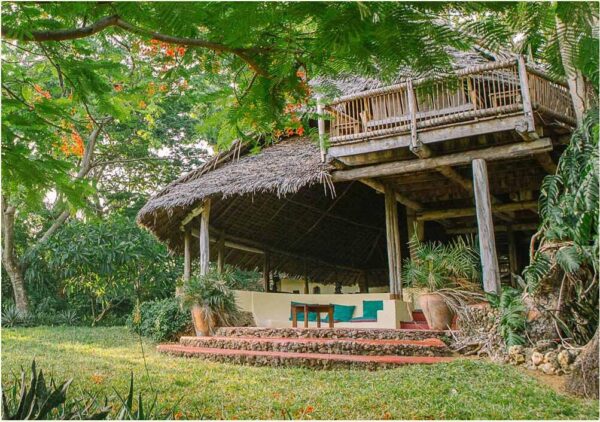 Turn off the engine and set sail, turn off the music in the restaurant the only thing that is heard is the pleasant sound of waves and wind. Pole Pole “another time” is governed by the elements of nature: the moon, the tide, the sun and the seasons. Adapted to a different rhythm completely controlled by nature …… Forget your image of a typical beach holiday and open your senses to something new – Pole Pole is infinitely integrated into its surroundings – culturally and naturally. There is no sharp boundary between the hotel and its surroundings.

7 bungalow suites, perfectly nestled in the surrounding tropical garden, overlook endless shades of blue which is Chole Bay – the heart of Mafia’s Marine Park. Pole Pole, considered one of the world’s most exclusive eco-resorts in the world, is known for its fantastic cuisine, unpretentious and laid-back atmosphere and warm discreet hospitality. Luxury balanced with respect for local culture and environment, it is the perfect place to unwind after a safari and the ideal starting point to explore the underwater Mafia’s underwater – with a sense of style. 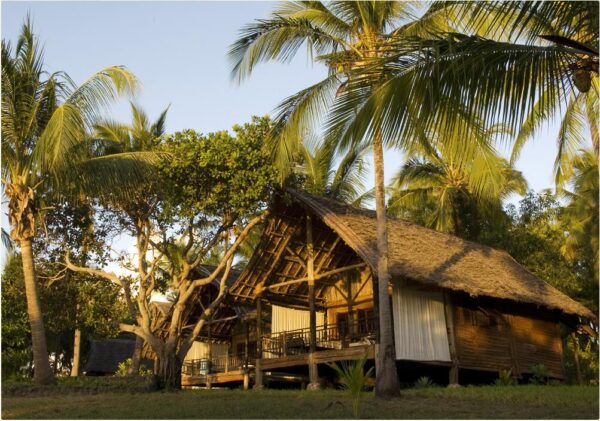