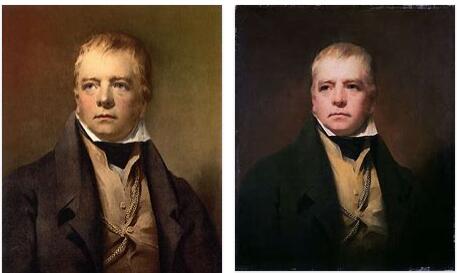 Christopher Marlowe (1564-1593)
poet and playwright. Marlowe was born in Canterbury in 1564 and studied at Cambridge. More legends than facts are known about his life. After a comparison of styles, it is said that he wrote many of Shakespeare’s works. Marlowe was the most important author in the age of Elizabeth I. B. “Edward II” and “Doctor Faustus”. Marlowe died in Deptford in 1593.

Daphne du Maurier (1907-1989)
Dame Daphne du Maurier, who was born in London in 1907, became popular mainly through her novel “Rebecca”. The Hitchcock film adaptations of her books, mostly written in Cornwall, have achieved cult status. Including “The Birds”. Du Maurier comes from a well-off family, was married to a man, but also loved women. She was the famous granddaughter of the writer George du Maurier and died in Cornwall in 1989.

John Milton (1608-1674)
poet and state philosopher. Milton was born in London in 1608 and studied at Christ’s College in Cambridge. Milton is best known for his religious epic poem “Paradise Lost”, written in 1667. It has influenced English literature more than any other writer. Milton died in Bunhill, near London, in 1674.

Geoffrey of Monmouth (c. 1100-1154)
Geoffrey of Monmouth was born in Monmouth around 1100 and was a theologian, writer and historian. In his important work “Historia Regum Britanniae” he describes the story of the kings, including the life of King Arthur and his knights of the round table. He also wrote poems about the famous magician Merlin – King Arthur’s teacher. In 1152 Monmouth was appointed Bishop of Asaph in Wales. He died in Cardiff in 1154.

George Orwell (1903-1950)
writer, critic and publicist. George Orwell was born in British India in 1903. He studied in Eton, among others. He gained international fame through his political satires “Animal Farm” (1945) and “1984” (1949). The socialist voiced political criticism. It is a shame that he was only able to decide on a career as a writer after the war and shortly before his death. Aldous Huxley and James Joyce were among his companions. Orwell died of tuberculosis in London in 1950.

John Owen (1564-1622)
John Owen was born in Bettws Garmon in 1564 and studied in Oxford, among other places. He made a career primarily as an epigrammatist, especially with mocking epigrams about avarice, envy, arrogance and adultery. Owen has always criticized these vices heavily. His poetry also contributed to the cultivation of noble qualities in people, which he described with much praise. Owen had several patrons and was considered a Welsh bard. He died in London in 1622.

Beatrix Potter (1865-1943)
author of children’s books, illustrator. Beatrix Potter was born in London in 1865, the daughter of a lawyer. Usually only her governess was around the child. Potter became known all over the world for her beautifully illustrated children’s books with characters such as Peter Rabbit (Peter Rabbit) and Emma Duck Pot. She spent much of her life in the Lake District, and she has always worked to protect and preserve it. The author died in Sawrey in 1943.

Ian Rankin (born 1960)
Ian Rankin was born in Cardenden in 1960 and studied at the University of Edinburgh. The writer and crime novelist invented the Detective Inspector Rebus, a loner with alcohol problems who mostly works on obscure and unimportant cases. But he always makes headlines in unforeseen ways and often brings surprising things to light. Inspector Rebus now has a large fan base who follows in his footsteps in Edinburgh. Rankin has already received several awards, including the Edgar Allan Poe Award and the German Crime Award.

Joanne K. Rowling (born 1965)
Joanne K. Rowling was born in Yate in 1965 and studied French as well as classical philology. After working for Amnesty International and as a teacher, she completed the first “Harry Potter” volume in 1995 (“Harry Potter and the Philosopher’s Stone”). Due to the exorbitant sales of her books around the world, Rowling is one of the richest women in Great Britain and has already made over a billion dollars with her main character, the Hogwarts sorcerer’s apprentice. Not only children but also university scholars are fond of her word games and pictures, which have a rich imagination.

Dorothy L. Sayers (1893-1957)
crime novelist, essayist and translator. Sayers was born in Oxford in 1893 as the daughter of pastor and chaplain Henry Sayers. With her studies at Somerville College, she was one of the first women to study at Oxford University. The invented amateur detective Lord Peter Wimsey brought her international fame.

Sir Walter Scott (1771-1832)
Walter Scott was born in Edinburgh in 1771, the son of a lawyer. The Scottish poet and novelist created the genre of the British historical novel and was the most widely read of the time. In 1814 he published “Waverley”, paving the way for many great writers and their unforgettable characters. Even Goethe was one of his fans. In Fontane’s view it was the “Shakespeare of the story”. Scott, who was also a Freemason, died in Abbotsford in 1832.