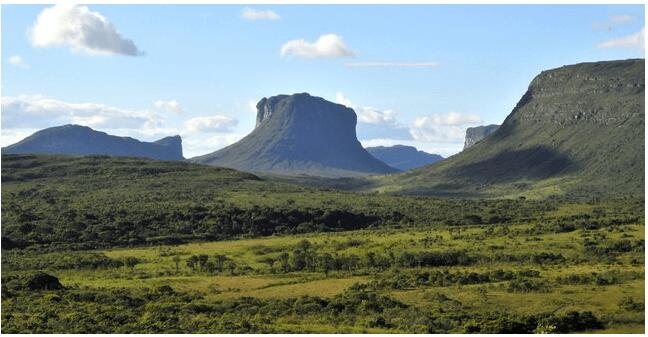 The crystalline rocks represent the major geological units predominant in the eastern Northeast, with the exception of the coastal sedimentary basins, which occupy the coastal strip. While the large basins of domain of sedimentary rocks are located on the western side of the Region.

The crystalline Northeast, extends from the south of Bahia to Ceará, extending to the southeast of Piauí. Throughout its geological evolution, this extensive region was subjected to intense tectonism , responsible for surveys of varied amplitude, fractures and faults, in addition to vigorous erosive processes, which resulted in structural forms, represented by ridges, mountain ranges and residual reliefs. Added to these movements, there was also, in the past, the action of climatic oscillations, in different types of rocks, influencing the configuration of the current relief.

According to Ezinesports, the western portion of the Northeast, area of ​​domain of sedimentary rocks, comprises almost all of Maranhão and Piauí, extending through the States of Bahia and Minas Gerais, in the region of the Sanfranciscano Western Plateau.

The following subunits stand out in these large units:

It constitutes the most important geomorphological feature of the eastern Northeast. The exposure of its slopes, facing east and southeast, and the dimension of its relief play a fundamental role in the concentration of moisture, in the formation of deeper soils and in the existence of forest vegetation, typical of this northeastern sub-region. Extending from Alagoas to Rio Grande do Norte, the great plateau of Borborema presents three aspects in its modeling: the scarp, the elevated surfaces of the massifs and the low pediplaned surfaces.

It is part of a set of elevated lands and extends from the outskirts of Juazeiro in Bahia to the central part of Minas Gerais. In the Region, it covers the Serra Geral from the center-north of Minas and Bahia to the surroundings of Pico das Almas and Chapada Diamantina.

The biggest highlights are the Sanfranciscana, Cearense and Meio Norte Depression. Sanfranciscana is located along the route of the São Francisco River, especially in Bahia and Pernambuco. Cearense is limited to the south by Chapada do Araripe, to the east by Borborema and to the west by the front of the “cuesta” of Ibiapaba. In this depression there is a series of “inselberge” massifs, among which the Baturité and the Meruoca stand out. The Mid-North, located in the western Northeast, had its surface reworked by river erosion, originating a series of embedded valleys.

It corresponds to a strip of land with different characteristics, divided into two sets: the northern coast and the east coast.

The northern coast corresponds to the stretch that goes from the Curupi River, in Maranhão, to Cabo de São Roque, in Rio Grande do Norte, where the “Maranhenses’ rias”, the sandy ridges, the dunes and the plateaus are presented. The east coast extends from Rio Grande do Norte to Bahia, and along this stretch, a diversity of coastal forms can be found, such as: restingas, dunes, lagoons, mangroves, plateaus of the Barreiras formation and hills. Added to these geomorphological features of this coastal sub-region are the mouth of the São Francisco River and the Todos os Santos bay.

The hydrographic basins of the Northeast correspond to 18% of the Brazilian basins, placing the Region in third place, only behind the North and Center-West regions. However, despite its territorial extension, the northeastern hydrography is considered modest due to the intermittent and irregular character of a good part of its rivers, whose main condition is the semi-arid climate, which dominates a large part of the Region.

The hydrographic network of the Northeast consists mainly of the following basins:

With an area of ​​about 338 thousand km²., it bathes almost the entire state of Piauí, 9.8% of Ceará and approximately 17% of the territory of Maranhão. It is mainly represented by the Parnaíba river, with a perennial flow.

They are constituted by the rivers Acaraú, Curu, Jaguaribe, Apodi, Piranhas, Paraíba do Norte, Capibaribe and Mundaú. They are located in areas with scarce rainfall and a short rainy season.

They are formed by the Vaza Barris, Itapicuru, Paraguaçu, Contas, Pardo and Jequitinhonha rivers. These rivers have their low course in an area of ​​high rainfall, and the upper basins of Vasa Barris and Real are located in semi-arid lands.

It comprises an area of ​​487,000 km² and its headwaters are located in areas of abundant rainfall. The São Francisco has its origin outside the limits of the Northeast Region, in Minas Gerais, bathing along its route the lands of the States of Bahia, Sergipe, Alagoas and Pernambuco. The river has a very special meaning for the Region, because of what it represents in the socio-economic life of the Northeast.

Faced with the problem of scarcity of water resources, dozens of dams were built in the Northeast. The large dam works have been carried out by the government, aiming at supplying the country population and irrigating land. Among the main dams, it is worth mentioning Armando Ribeiro Gonçalves, in Rio Grande do Norte, which has the largest water storage capacity, 2.4 million cubic meters. Orós, the second largest, is located in Ceará and has a storage capacity of 2.1 million cubic meters.

Characterized by high humidity, the Atlantic Forest extends parallel to the Brazilian coast, from Cabo de São Roque, in Rio Grande do Norte, to Rio Grande do Sul. The forest has an average width of 200 km, reaching 300 km or 350 km at some points. The Atlantic Forest is part of the Coastal Forest Zone and in southern Bahia and northern Espírito Santo it is also known as Hileia Baiana and Mata dos Tabuleiros.

In its densest areas its trees reach heights between 15 and 20 meters. The main species of the Coastal Forest are: pindoba, embaúba, pau d’alho, olive-da-mato, visgueiro, sapucaia, ingá and pau d’arco. In Bahia, in the area called Hileia Baiana, the vegetation is rich in hardwood species, such as jacarandá, maçaranduba, jatobá, cedar, cherry and jequitibá. In this region, trees can reach more than 30 meters in height.

Designates the set of tree and shrubby plant species that cover the semi-arid region of the Northeast. The soils that make up the caatinga ecosystem are sandy or sandy-clay, stony and poor in organic matter.

Also called Sertão, Carrasco and Seridó, the caatinga has a series of variations in the region: dry and grouped caatinga, dry and sparse caatinga, dense shrubby caatinga, mountain caatinga, Chapada do Moxotó caatinga, in addition to the coastal caatinga. Among the most common plant species in the caatinga are the jurema, the umbuzeiro, the quince tree, the mandacaru, the xique-xique, the faveleira and the pinhão-bravo.

It occupies approximately one fifth of the Brazilian territory. The south and east of Maranhão, southwest of Piauí and west of Bahia are the regions of the Northeast that have this type of vegetation cover. Related to the hot, semi-humid climate, with no rain for a period between five and six months, its more distinct areas are associated with a relief of plateaus and trays. The cerrados are herbaceous-woody formations, with small trees, with twisted trunks and branches, covered by thick bark. The crowns of the trees and shrubs of the cerrado are open, allowing the passage of light to the herbaceous extracts.

The following examples can be listed as the most typical species of the cerrados: faveira, mangaba, pequi, araçá, babassu, white ipe and carnauba.

Vegetation of beaches, dunes and sandbanks

Included in this category are the various forms of vegetation that occur on sandy shores. The beach vegetation and the dunes are continuously affected by salt-laden marine winds. This combination, associated with sea water and sand, gives the coastal vegetation a particular aspect. Sand grass, beach rosemary, pepper, beach grass and paraturá grass are among the plant species found in these areas.

This type of vegetation occurs in almost the entire extension of tropical coastal regions around the world. The mangrove vegetation consists of species that develop in soils with a low slope, under the action of salt water tides. The characteristics of mangroves do not differ much between regions in terms of their floristic appearance. However, the height of trees in mangroves varies greatly. In Maranhão and on the north coast, the species reach much higher size, forming true forests.

The most representative species are: the red mangrove, the siriuba mangrove and the white mangrove. 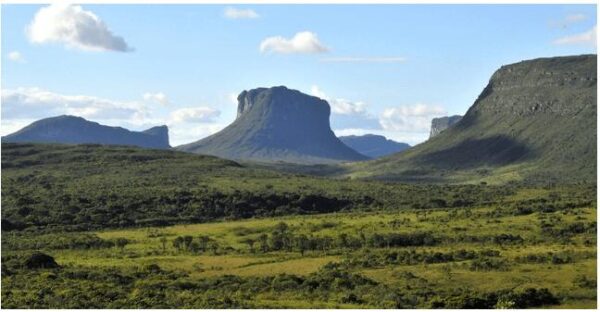