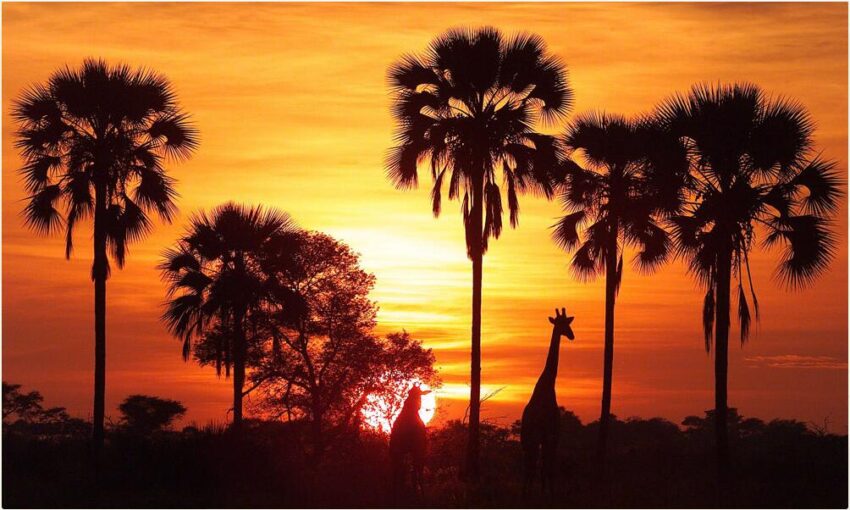 With four-wheel drive cars and small planes, you get to places far beyond the highways and you spend the night in lodges or campsites where you have the greatest opportunity to get close to wildlife. Every evening you enjoy a delicious dinner prepared by your guides. Before you crawl to bed, you will of course sit around the campfire for a while and talk through the day’s experiences to accompany the sounds of the night.

A trip to Botswana takes you through some of Africa’s last truly wild and untouched natural areas. Here you have the opportunity to experience everything from the grandeur of the Kalahari and the desolation of the salt desert Magadigadis to Okavango and Chobe’s abundance of big game. Of course, one of the highlights is also the impressive and beautiful Victoria Falls.

The Kalahari Desert is a universe in itself. This is the only place where its visitors are almost guaranteed to see the rare and shy brown hyena and black-eyed lion. The summer rains also leave a shallow blanket of warm water that attracts large numbers of waterfowl and flamingos. Activities here are usually carried out in open 4 × 4 Landrovers, adapted to the special surroundings, together with experienced guides.

The Okavango River originates in the highlands of Angola and flows across southern Africa to eventually disappear into the sands of the Kalahari Desert and form one of the world’s most fascinating river deltas. Okavango, the world’s largest inland delta, is overgrown with papyrus and water lilies. There are thousands of islands and canals here and during the end of the rainy season the delta has expanded from 9,000 square kilometers to 16,000 square kilometers.

Located in Chobe National Park, Botswana’s second largest national park, with the highest concentration of wildlife in Africa. This national park is sometimes described as “the land where the big elephants dance” here is Africa’s largest population of over 35,000 elephants and it is not uncommon to see herds of 500 animals. Chobe is located in northern Botswana on the border with Namibia and consists largely of savannah landscapes but also mopane forests and papyrus swamps along the Linyati and Chobe rivers.

Victoria Falls got its name from the British Queen of Livingstone when he stumbled across these stunning waterfalls in 1855 that form the border between Zimbabwe and Zambia. Victoria Falls is 1.7 km wide (Niagara 1 km), 108 m high and at most rushes 10 million liters of water per second down the Zambezi River. That the local tribesmen use the name most-oa-tunya “the smoke that rumbles” is no problem to understand at first glance.

According to countryaah, Botswana is as big as France and is located in the middle of southern Africa surrounded by South Africa, Namibia, Zimbabwe and Zambia.

Abbreviated BC as by abbreviationfinder, Botswana has a dry climate in April – October there will be almost no rain. The coolest months are June – August when the temperatures are around 25 ° C during the day and 5 ° C at night (night frost occurs. The warmest is October – February with temperatures up to 40 ° C).

No – Nordic citizens can stay for 90 days without a visa. The passport must have at least one blank page for each entry and exit.

Visas to Zimbabwe are redeemed at the border at a cost.

English is the official language and Setswana is the national language.

Mandatory – The yellow fever vaccination is required if you arrive from certain countries in Africa or South America.
Recommended – Malaria prophylaxis. Check with your vaccination center for personal needs. 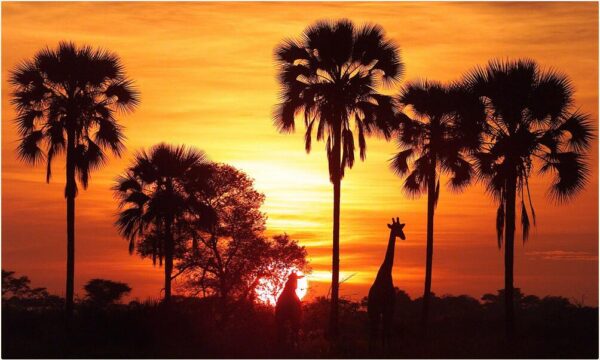